The intense white color that brightly contrasts with the blue sky. The rippled reflection in the clear water. The dazzling array of mirrors. The beautiful, but also bizarre, decorations. The Wat Rong Khun in Chiang Rai, better known as the ‘White Temple’, is by no means your average temple. You have to see it with your own eyes to truly believe it!

We get it: Thailand has more than 40,000 temples, so chances are you’ve already seen (or are about to see) some.

But hear me out, as the White Temple is something else entirely…

It isn’t just a temple; it’s a massive work of art. A grand homage to Buddhism and to Thailand itself.

It’s a place you simply have to visit when you’re in Chiang Rai. If you want to know more, read on!

The pathway to heaven

Mowing hands rise from the ground. Despair, pain, desire. You resist the temptation and walk up the bridge where mythical creatures await you. For a moment they look at you intently but decide to give you access to heaven’s gate. You cross and… you’re in heaven.

The White Temple aims to depict the path to heaven, which, according to Buddhist teachings, is only accessible if you focus on the mind and refrain from worldly temptations, desires, and greed.

The underlying message can be read down to the smallest detail. The white color stands for purity. The reflecting mirrors stand for wisdom and literally encourage reflection. The hands symbolize untamed desires. And the bridge itself is the ultimate symbol for the cycle of death and rebirth and to a life full of happiness.

Not too shabby, huh?

After you have crossed over to the ‘afterlife’, you arrive at the main building, which is called the ubosot. Here you can see murals of the enlightened Buddha.

During our first visit, at the end of 2014, the murals were different and more spectacular. Back then we saw Martians, UFOs, Michael Jacksons and many other crazy characters in the main temple.

In December 2017, it seemed as though new murals hadn’t yet been finished, which meant that the inside looked less spectacular than the outside. But that makes a visit to the White Temple no less impressive!

The White Temple hasn’t always been so beautiful. In the late nineties, the Wat Rong Khun temple complex was heavily dilapidated, and there wasn’t enough money to restore it.

The famous Thai artist Chalermchai Kositpipat, a native of Chiang Rai, decided to buy the complex and completely rebuild the temple according to his own design. The Buddhist teachings had helped him through some difficult times and with the rebuilding he wanted to give a gift back to his faith and his homeland. In 1997 the new Wat Rong Khun opened its doors to the public.

So far, Kositpipat has invested some 40 million baht (over 1 million dollars) of his own money into the project. More than sixty volunteers are working on the further construction of the temple complex, which will consist of a total of nine buildings, including a meditation hall and living space for monks.

The most expensive toilet in Thailand

Close off your tour of the White Temple with a very special toilet visit.

You see, the golden building that stands on the complex isn’t a temple, it’s a public toilet!

Of course, the choice of color for the building was well thought through, as it references people’s constant focus on worldly desires and money.

According to Thai people, this is the most expensive toilet building in all of Thailand. And we believe it because even the inside is beautifully finished.

As far as we’re concerned, it’s a great place to sit down and think about what you have just seen!

For 19 years, access to the Wat Rong Khun has been free. Since October 2017 that’s changed, and you pay 50 baht entrance per person, thus ensuring the complex’s future existence. It’s more than worth it!

You can also support the temple by buying a ‘lucky leaf’, a silver-colored pendant, for 30 baht. On the pendant, you can write your name, after which it’s hung on the roof above the footpath for eternal happiness.

The temple isn’t big, and because of the large crowds, it’s possible to walk through the temple only once. So take the time to take in everything before passing on to the next part. You’re not allowed to take pictures in the main building.

The White Temple is a famous sight to visit if you’re coming from Chiang Mai. Large buses with day-trippers arrive around 9:00 AM and 10:00 AM. Make sure you’re there before or go later in the afternoon. We were there at 2:00 PM, and it was surprisingly quiet.

Opposite you’ll find a new, covered building with some restaurants, souvenir shops and cafes that overlook the temple.

Getting to Wat Rong Khun

Wat Rong Kun is located about 15 kilometers south of the center of Chiang Rai and is easily accessible via public transport. It’s a 15-minute drive.

From the old bus station in the city center (Bus Terminal 1) there’s a shuttle service of taxi buses that say “Wat Rung Khun, White Temple” on the front. They leave every half an hour, and a one-way ticket is only 20 baht. You’ll be dropped off in front of the police station on the highway, from where it’s a 2-minute walk.

You can also take a taxi or a tuk-tuk, which is about 500 baht for a return trip. The driver will drop you at the entrance to the temple, and wait for your return. Pay the driver once you are back in the city.

Chiang Rai itself is located in the north of Thailand, a three to five-hour drive north of Chiang Mai. If you’re traveling by bus, we can recommend the Green Bus. It runs on time, is comfortable, with spacious seats and good on board service. Bus tickets cost, depending on the time you want to leave, between 250 and 400 baht per ticket. Click here for departure times and tickets.

You can also fly directly from Bangkok to Chiang Rai Airport. Prices for a single ticket are around $30 per person, especially if you book them well in advance. Click here for cheap flights to Chiang Rai.

Located in the heart of Chiang Rai is cozy Baan Jaru, a small-scale hotel run with a lot of care and attention. The rooms are equipped with air conditioning, a small fridge, a wifi connection and a flat screen TV. The family that runs it knows all of Chiang Rai’s highlights by heart and will be happy to help you plan your trip. A well-deserved recommendation!

At the Bambuh Boutique Homestay, you’ll be staying in the lap of luxury with a view of the green and mountainous landscape. You’ll feel right at home as this Dutch-Thai couple will go out of their way to make your stay with them as pleasant as possible. They’ll arrange transport and can tell you all about the activities in the area.

What do you like most about the White Temple? 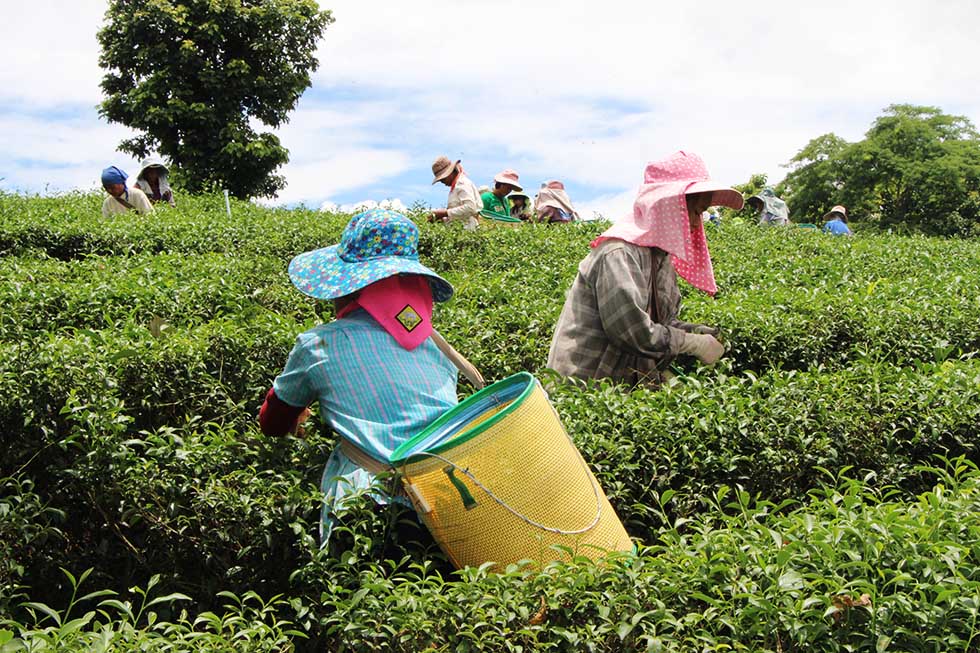