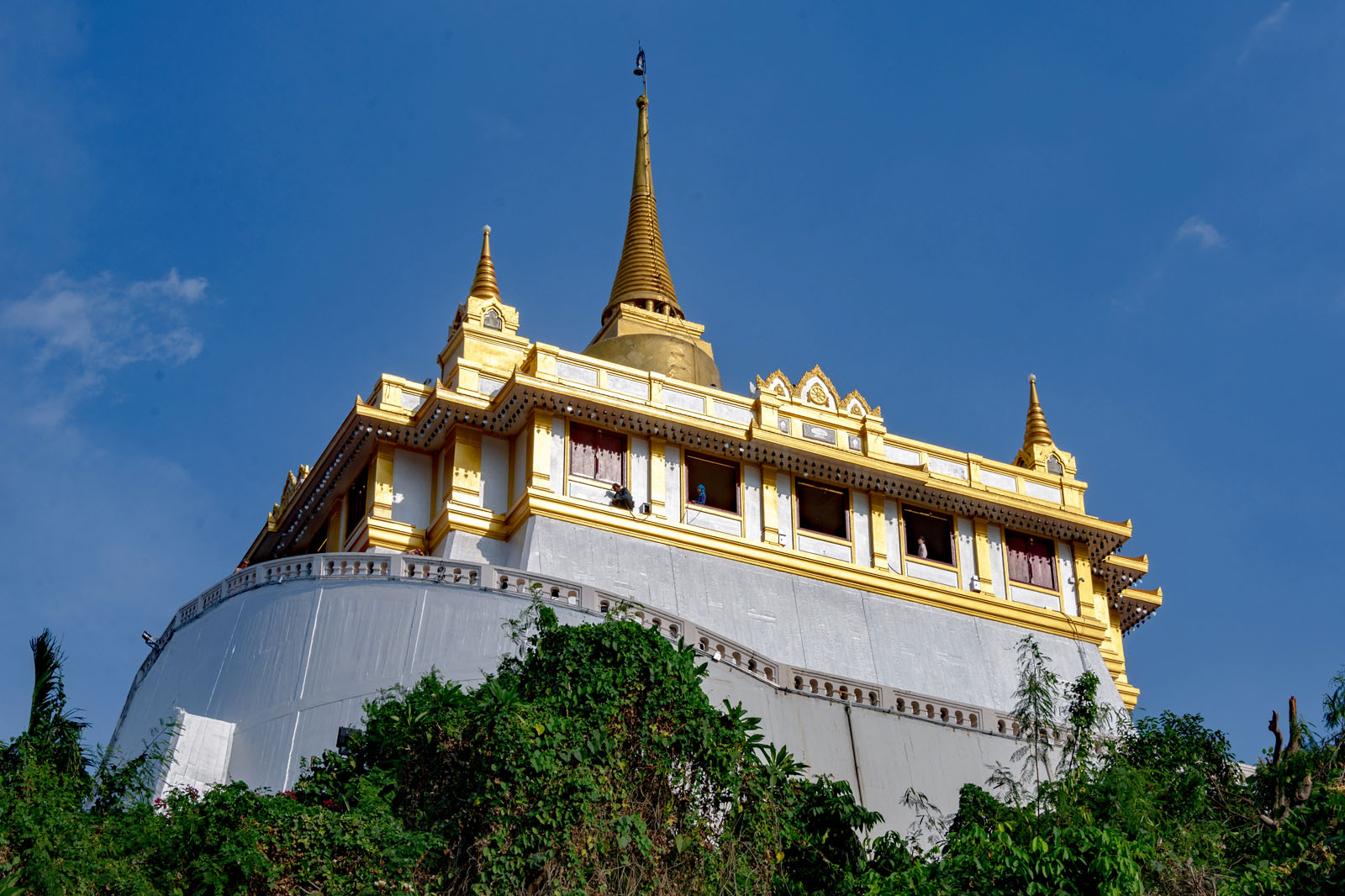 Temples in Bangkok: 5 Temples You HAVE to See

With more than 400 temples in Bangkok, the question isn’t if but when you’ll encounter one. Most temples (called ‘Wat’ in Thai) are Buddhist, but there are also some Chinese ones. To make your search for Bangkok’s most beautiful temples a little easier, we made a list of our favorites!

Wat Arun: Temple of the Dawn

Wat Arun is one Bangkok’s best known temples. Its complex was named after the god Aruna and dedicated to Buddha. After a steep climb of 97 meters, decorated with shells and porcelain, you’ll reach a large pagoda (“prang” in Thai). At the top you’ll have an amazing view over Bangkok and the Chao Phraya River. Around the complex are four smaller pagodas and four mondops, altars at which to worship the Buddha. At night, the temple is lit up beautifully. Its truly one of Bangkok’s most beautiful temples! Wat Arun is easy to get to by boat and the entrance fee is about 50 Thai Baht per person.

Wat Pho is one of Bangkok’s largest temple complexes and is known for its huge and impressive reclining Buddha that’s 46 meters wide and 15 meters high. The reclining Buddha is located in a small space and is entirely covered in gold foil. It’s possible to walk all the way around it. Wat Pho is also a great place for a traditional massage and it’s considered one of Thailand’s leading massage schools. So you’ll be in good hands! The entrance fee for Wat Pho is about 100 Thai Baht.

Gold, mosaics, splendor and grandeur neatly sums up what Wat Phra Kaew has to offer. It’s seen as one of the most important and holy Buddhist temples in Thailand. This very special temple is situated on the Grand Palace’s grounds. Inside you’ll be able to see a stunning Buddha statue: the Emerald Buddha (Phra Kaew Morakot) measuring only 66 centimeters in height and intricately carved from a block of jade. It gets a new “coating” three times a year, which only the king of Thailand can put on. Entrance fee is 500 Thai Baht.

In the heart of Chinatown you’ll find the stunning Wat Traimit, which is different from all the other temple complexes. It’s white and at its center is an enormous statue: the Golden Buddha, which, as you can probably tell by its name, is made of solid gold. It weighs around 5.5 tons (!) and is worth about 250 million dollars. There’s also an interesting information center that provides a complete picture of the development of Chinatown. Entrance fee for the Golden Buddha is about 40 Thai Baht and about 100 Thai Baht for the information center.

Wat Saket is also known as the Golden Mountain of “Phu Khao Thong” among the locals. This temple complex is situated on a small hill and can be recognized from afar by its glistening golden chedi. First you’ll pass through a beautifully manicured garden with stunning flowers, plants, small waterfalls and Buddha statues. Then you’ll arrive at the golden stupa, where you can enjoy a fantastic view over the city. Out in the distance you can even see the Grand Palace. Entrance is about 20 Thai Baht. Around the temple is a really nice market where you can buy some tasty snacks and souvenirs.

iSanook lies just outside Chinatown and has the best price-quality ratio. The rooms are like small apartments and are equipped with a fridge, a flat-screen TV and a huge bed, among other things. There’s also a swimming pool, a gym and a rooftop bar.

Though a mere 5-minute walk from Khao San Road, you won’t experience any noise pollution at Rambuttri Village. It’s located in a calm and picturesque little street. There’s a swimming pool on the roof and their breakfast is nice as well!

Which temple in Bangkok do you like the most?